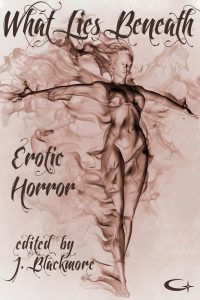 What Lies Beneath is Circlet Press’s first horror anthology, and some of Circlet’s finest, most twisted writers have contributed. Each story has its darkness, discomfort, and terror, but there is also rapture, need, and triumph. Within, you’ll encounters love-starved demons, old Russian ghosts, terrifying possessions, wicked-sexy faeries, promiscuous ghosts, and lovers that just refuse to die. Being frightened has never been so… arousing.

You can join us in the read along by adding or following us on one or all of these social media platforms: Goodreads Group – Facebook Group – Twitter: #CBRA – Tumblr: #CBRA

At the end of the month, we’ll collect the highlights from conversations across our feeds in a round up post here at Circlet.com!

35 thoughts on “Circlet Backlist Read Along: back in action!”