Scratch the surface of a fairy tale and, nearly always, you will find that it’s a story about sex. Sexual awakening, sexual control, sexual menace, sexual restraint, sexual choice. And therein lies a lot of their extraordinary staying power. Turns out people like stories about sex!
Of course, the moral lessons imparted by the original versions were often ugly and toxic. All the better to mess with, my dear! Here you’ll find dozens of Circlet authors turning those old stories about the importance of modesty, chastity, and knowing your place into tales that would set the original tellers’ hair on fire.

The following excerpt is from Princes Of Air, Part Two: Courtship of the Raven King:

It was a bright summer afternoon, and I was in my raven-form, sitting on my accustomed perch. We each of us had one; mine was a ledge high over Dun-Morrigan, from which I could see the entire baile, and the village below. From this vantage point, I could see Maelan and Niall practicing sword-play on the urla, to the delight of Cormac, who watched from a safe distance. The boy had a stick clutched in one hand and was mimicking his father’s movements. I heard his clear laughter as he saw his mother coming towards them, saw him run towards her and hug her enthusiastically. She knelt and said something to him, and he ran off towards the feast-hall. Maelan must have seen her, too, because he signaled for the bout to end. Niall fell back, picked up the feather cloak that was never far from his side, and walked off to claim a kiss from his wife. Their passion was clear even at this distance, and I felt as if I was intruding on something private. It was uncomfortable enough that I took wing and flew off to spend a few quiet hours alone with my thoughts. As usual, the thinking I did turned to marriage, and I wondered if there was a mate for me anywhere in the world. I wondered how I’d know, and resolved to ask Niall how he’d known Sorcha was the one.

By the time the sun was setting, I’d actually decided on one thing. My mate was out there, and since she wasn’t going to come to me, I’d have to go looking for her. I knew where my search would start.

END_OF_DOCUMENT_TOKEN_TO_BE_REPLACED 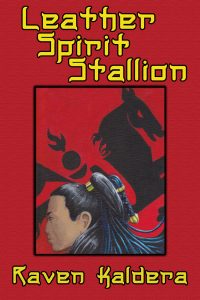 END_OF_DOCUMENT_TOKEN_TO_BE_REPLACED

To celebrate and wish Elizabeth luck, we’re having a sale of the book! Use coupon code PRISMLUCK to get $4.00 off the ebook if purchased at circlet.com (Regular price $5.99)

For more information about the Prism finalists, visit the FFP RWA website: https://ffprwa.com/2017-prism-awards-finalists-announced/ 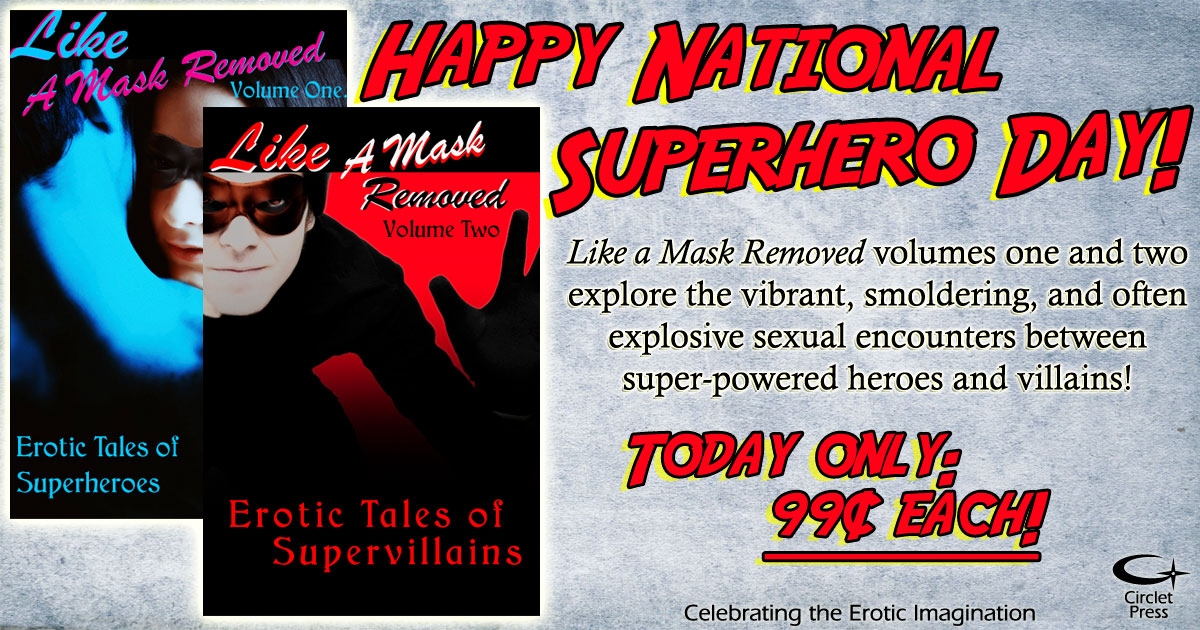 And right now the two books are almost neck and neck with the villains in a slight lead. 58% of sales have been of the supervillains book, 42% the heroes book. Which one will you choose? Or both! (Only one coupon can be applied per order so you have to order them separately.)

You thought we were finished, didn’t you? Ha! No, we still have to celebrate BoXXXing Day! And we will, with a 25% off coupon that works on everything in our Lesbian category page. Use code BoXXXingDay at checkout for your discount!

Merry XXX-Mas to all! Silly pun aside, we consider XXX-Mas to be an inclusive, non-denominational holiday. Get a little sumpin’ sumpin’ for everyone, regardless of gender, orientation, or kink, in our holiday-themed anthologies, the gay classic Stocking Stuffers, lesbian tour de force Dyke the Halls, and grab-bag assortment Jingle Balls! Get 75% off any or all of these gems with code MerryXXXmas at checkout!

Who can resist a smorgasbord of delicious holiday treats? Whether you are naughty or nice, these sexy lesbian stories with Christmas themes are much better than mistletoe.

Had your fill of squishy humans this holiday season? Perhaps a robot would be more your speed. Check out some of the hottest of hot technology in Kal Cobalt’s Robotica. Get your copy for only 99¢ on this, the 23rd Day of XXX-Mas with code XXXmasDroid at checkout!

What could be warmer than a new fur coat this winter? Especially if it’s still on the sexy, sexy werewolf. Or werefox. Or weretiger. We don’t judge. Get your copy of Chasing Tail, by Julie Cox, for only 99¢ on this, the 22nd Day of XXX-Mas, by using coupon code XXXmasChase at checkout.

When the shapeshifter community of northern Arkansas is rocked by a string of disappearances, individuals aren’t the only ones in danger. The entire community’s way of life is in jeopardy, but this new threat brings some shifters together in ways they never expected. Alone, they are targets; together, they are strong. As they discover, the hardest part is finding the courage to let another in.

Agony and ecstacy meld into one in Renee M Charles’ Shades of Pleasure, a short story collection of sci-fi kink. Get your copy today for only 99¢ with coupon code XXXmasShades at checkout, for the 21st Day of XXX-Mas!